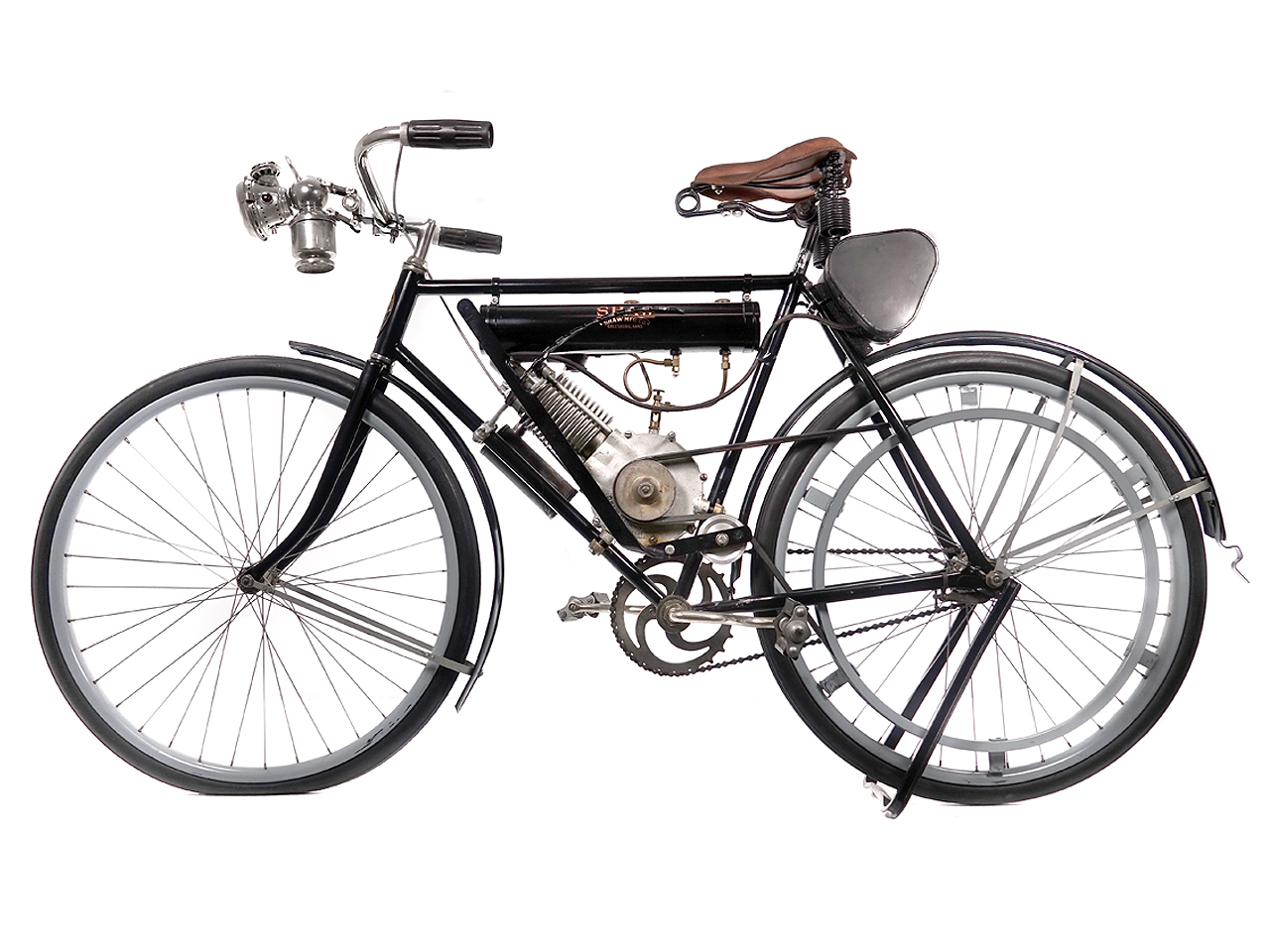 This is a clean older restoration…. We just had it running. I’ve had this piece of jewelry sitting on display in my den for years. This rarity was manufactured by Stanley W Shaw from Galesburg, IL. Shaw as a successful light auxiliary engine manufacturer in the early 20th century. In 1911, Shaw took over the Kokomo Motorcycle factory from Kokomo, IN. Kokomo had produced a 300cc side valve machine that had not been very successful simply because it was underpowered. Shaw transferred the production back to Galesburg and enlarged the engine to 400cc. Between 1912 and 1920, approximately 240 Kokomo Shaw motorcycles were sold. The 1913 Shaw Motorcycle actually began as a kit similar to the well known Whizzer motorbikes. This example sits on a Shaw frame as well. 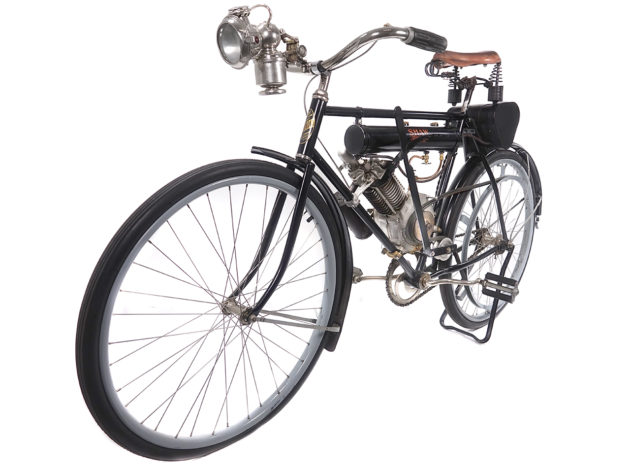